What Is Buprenorphine’s Mechanism of Action (MOA)? 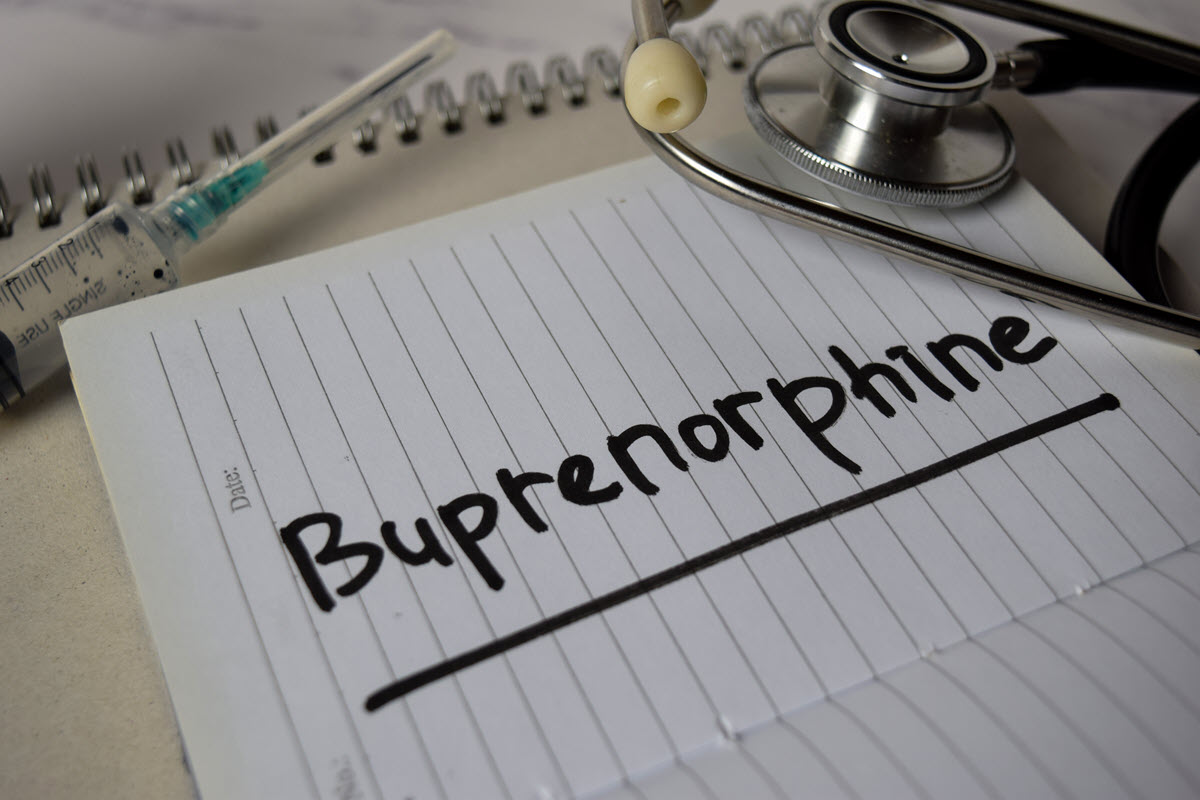 Buprenorphine’s mechanism of action (MOA) occurs at the mu receptor which is one among many types of opioid receptors. It binds to that receptor as a partial opioid agonist.

‍Buprenorphine is one of the three medications approved to treat opioid use disorder (OUD) as a Medication for Addiction Treatment (MAT).[1] It is a prescription medication prescribed by a licensed medical provider. Buprenorphine comes in several forms, including sublingual tablets, sublingual films, implants, injections and buccal films.

Buprenorphine can be prescribed as a monotherapy (“Subutex”), but more frequently comes as a combination medication combined with naloxone (the combination of which is referred to by its brand name “Suboxone”).

Buprenorphine can be used safely and effectively as long-term treatment for opioid use disorder (OUD).

What Is a Mechanism of Action?

‍A mechanism of action, or MOA, is a term for the way a drug produces an effect in the body.[2] It describes the way a medication affects cell function or impacts a specific target within a cell. It can refer to the way a drug binds to a receptor or enzyme to produce the pharmacological effect through a biochemical interaction.

By understanding the way a drug works, or its MOA, we can better understand why it produces the desired effects, and sometimes the undesired side effects, in the human body. It can help us understand what other drugs it might interact with. It can also help determine proper dosing and indications for use. Knowing how a drug will work in the body provides insight into how to best use the medication and for what.

What Is Buprenorphine’s MOA?

‍Buprenorphine is a partial opioid agonist. Its mechanism of action occurs at the mu receptor, one of the more common opioid receptors.[3] Buprenorphine binds to mu-opioid receptors throughout the body, including inside the brain. When activated. mu opioid receptors produce chemicals called endorphins that produce euphoria and block pain, creating a euphoric or “high” feeling in the individual. However, mu opioid receptors also do another of other things in the body. For example, they slow down gut motility, which can lead to the side effect of constipation. They turn on histamine release which can cause itching. Most concerningly, they decrease the body’s natural respiratory drive, which can slow down respiration and lead to overdose and even death.

What makes buprenorphine unique is that it is only a partial agonist at the opioid receptor. This means that it does not produce the same degree of euphoria, or “high” feeling, that full opioids do when they bind to mu receptors in the body.

Buprenorphine also has a “ceiling effect”, which means that any analgesic or euphoric effects of the drug plateau after a certain dose. This essentially means that taking more and more of the drug will not lead to a greater and greater “high” the way that a full opioid agonist would. It also means that the risks of respiratory depression and subsequent overdose also “plateau” after a certain dose, greatly limiting the potential for overdose. This discourages Suboxone’s misuse and decreases the risk for adverse events like overdose.

Buprenorphine has a slow onset of action. When taken sublingually, the peak effect is between three and four hours after administration. It also has a long duration of action, with a half-life of around 38 hours, meaning that it will stay active in the body for a long time after taking it, preventing withdrawal symptoms all day long.

What Does This Mean for Users of Buprenorphine?

‍Buprenorphine is a safe and effective medication for the treatment of OUD. It can be taken less often than other medications and has a low abuse potential for the reasons described above. Buprenorphine has fewer significant withdrawal symptoms than other full opioids since it is only a partial opioid agonist. This means that symptoms like dizziness, itching, or constipation are often less severe, or even non-existent, for patients transitioning from full opioids to a partial opioid like buprenorphine.

The MOA and ceiling effect of buprenorphine mean that the agonist and respiratory effects are much lower than with full agonist drugs. Buprenorphine is therefore one of the safest medications for treating opioid use disorder.

Buprenorphine can lessen opioid cravings and withdrawal symptoms, and it can be used long-term for the treatment of OUD. Studies show that people taking buprenorphine are nearly two times as likely to stay in a treatment program and less likely to relapse.[4]

In conclusion, understanding the complicated and somewhat unique MOA of buprenorphine and its status as a partial opioid receptor agonist helps to explain its efficacy in the treatment of patients with OUD.