What’s the difference between suboxone and methadone?

Methadone and buprenorphine are both long-acting opioids that relieve withdrawal symptoms, cravings, and dramatically reduce overdose risk. Methadone has been in use for over 50 years to treat opioid use disorder, whereas buprenorphine is a more modern medication.

Buprenorphine acts like a partial opioid in the brain, which is different from methadone, oxycodone, heroin, and fentanyl. Because buprenorphine is a partial opioid, it has a ceiling effect—this means that after a certain dose, there is no additional opioid effect, which ultimately decreases the risk for overdose. Buprenorphine treatment is often combined with naloxone; together, this combination is known as Suboxone. Buprenorphine/naloxone (Suboxone) has many advantages:

Buprenorphine/naloxone (Suboxone) can be prescribed by licensed and trained medical providers in any treatment setting, whereas methadone is strictly regulated by the government and can only be provided through federally licensed outpatient treatment programs. 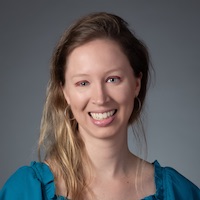 Get started with Bicycle Health

No need to go to a doctor’s office or clinic.
Even lab testing can be done from home.